One way of highlighting the relevance of applied psychology is to honour colleagues who have made important contributions to the field by giving them a special IAAP Award. Two awards have been created for this purpose:

Established in 1982, the IAAP Distinguished Professional Contributions Award recognizes “outstanding contributions to the international advancement of the practice of psychology ”. It is given to a candidate who has developed, refined, and implemented practices, procedures, and methods that have had a major, demonstrable international impact on the practice of psychology or policy interventions in more than one country. 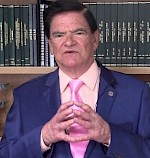 Dr. Rubén Ardila, emeritus professor of psychology at the National University of Colombia, is a very distinguished personality both in Latin American and in international psychology.

He was educated in his country as one of the first psychologists trained there. He then got his PhD. from the University of Nebraska (US),

and from then on, he has devoted his life to consolidate a scientific view of the human person, and to provide his contemporaries with help and support based on well- grounded psychological techniques.

He has largely promoted a cognitive-behavioral worldview in Latin American countries, educating professionals, editing handbooks and monographies, promoting conferences and seminars, and inspiring reflections and discussions on professional training.

He has also dedicated an important part of his time to the life of institutions like the Interamerican society of psychology (SIP), the International Society for Comparative Psychology, the International Association of Applied Psychology (IAAP), and the International Union of Scientific Psychology (IUPsyS), assuming responsibilities and leading roles. Founder of the journal Revista Latinoamericana de Psicologia (1969), he succeeded in making of it one of the core journals for Spanish speaking psychologists.

He always combined action with reflection. Remarkable fruits of his thought are, among others, Walden Three, An experimental synthesis of behavior, or his Philosophy of Psychology, coauthored by Mario Bunge.

Dr. Ardila has always been able to combine positive scientific thought with historical experience and reflection. He has made unforgetful historical research on Latin American psychology, Colombian psychology, and most recently, on the Centennial history of IAAP.

On the ground of all those achievements, always in favor of a strong, effective and empirically based psychology, the IAAP grants Dr. Ruben Ardila this “Distinguished Scientific Contributions Award”, as a token of appreciation and recognition.
Prof. Helio Carpintero,
Open University of Madrid, Spain 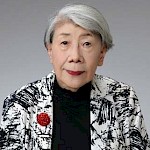 Dr. Fukuhara has a long and distinguished career as a Japanese academic and as a vital, moving force in organized psychology, both in Japan and internationally. She played an important role in the building of counseling psychology in Japan with her introduction of Microcounseling as a model and practice, and has been involved in international collaborative research, for example with Dr. Charles Spielberger on State-Trait Measures of Anxiety, Anger, Curiosity, and Depression. Dr. Fukuhara has served in many professional roles,

including Director of the Japanese Association of Microcounseling, Director of Psychoeducation Institute in Japan, and President of the International Council of Psychologists. She is currently is Honorary Professor with the Tokiwa University in Mito City in Japan.

In each of these roles, as well as service on boards and committees for a range of organizations, Dr. Fukuhara’s approach is generative and expansive. She focuses on expanding psychology’s role and impact, graciously involving a broad range of colleagues in common work. She finds mechanisms for increasing international understanding – through leadership in promoting collaboration and through generosity in establishing awards to celebrate a history of scholarship and service, and to promote the development of a new generation of international scholars.

Dr. Fukuhara has a long history of serving organized psychology. Her service to ICP, in which she has been a member since 1964, includes Area Chair; Director-at-Large; Treasurer; and President. She was also a key organizer for a 1990 ICP conference in Tokyo and a 2016 ICP conference in Yokohama. Her service to IAAP includes two terms on the Board of Directors. Dr. Fukuhara was made an IAAP Fellow in 2014 in recognition of her contributions to applied psychology.

On a personal note, Dr. Machiko is gracious, generous, and kind in her interactions with her colleagues. She is also very motivated. She rarely misses a meeting, and strives to work for the betterment of psychology and humanity. Her dedication and commitment to a psychology that is inclusive across the world and that is accessible to everyone regardless of their career stage is an inspiration to us all.
Dr. Merry Bullock
Ahimsa International, U.S.A.

Established in 1994, the IAAP Distinguished Scientific Contributions Award recognizes “demonstrated international scientific impact”. It is given to a candidate who has made distinguished scientific contributions to the field of applied psychology that have resulted in a better understanding of a psychological phenomenon, and new or improved applications of psychological knowledge in more than one country.

The 2022 IAAP Distinguished Scientific Contributions Award has been granted to Dr. Rolando Diaz-Loving. Dr. Diaz-Loving is a tireless systematic social and behavioral scientist, with a very high commitment to academic excellence. His publications on personality and social psychological processes are the basis for the creation of a Mexican ethno-psychology. His bio-psycho-social-cultural theory on human relationships is an icon that has guided innumerable studies and programs about family and couple relationships, sexual behavior, contraceptive behavior, health, HIV, and obesity. His research has been fundamental to explain basic processes and to develop practical interventions. Diaz-Loving’s academic and scientific trajectory is widely recognized. As a teacher, as a researcher and as an ethical and responsible human being, he is nationally and internationally recognized. He has been invited to make presentations of his work not only in America, but in several countries in Europe, Africa, Asia, Oceania. He has united his scientific work with the teaching and training of several generations of researchers. The results of his research, carried out in collaboration at his Psychosocial Research Unit, are disseminated in numerous books and journals. They are the foundation for numerous intervention programs. The theoretical and applied work of Professor Dr Rolando Diaz- Loving is widely recognized and justifies the present Award, the announcement of which I am delighted to share with all IAAP members.
Dr. Maria Regina Maluf
Pontifícia Universidade Católica de São Paulo, Brazil 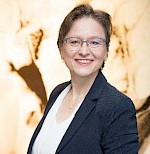 Prof. Sonia Lippke is Professor of Health Psychology and Behavioral Medicine at Jacobs University, Bremen and has distinguished herself as an outstanding scientist, teacher, and leader in the field of applied psychology. Her exceptional contributions to the field are reflected in her numerous publications as well as her work as associate editor and peer reviewer. For instance, she is currently co-editing a special issue of the International Association of Applied Psychology (IAAP) journal, Applied Psychology: Health and Wellbeing. The subjects of loneliness and social

support remain imperative in times of crisis. Prof. Lippke strives to understand its mechanisms through linking one domain with another such as maintaining a healthy lifestyle and coping with adversity. She has an impressive number of citations to her name, and her research and thinking have impacted other scientists and experts in the field.

Prof. Lippke has developed a theory on multiple behavior change, namely, the Compensatory Carry-over Action Model (CCAM), which has proved to be influential worldwide. It integrates state-of-the-art psychological theories and research regarding the social-cognitive factors that influence different behaviors and their interrelations. The model was applied to several behaviors, including physical activity and Internet use, sleep, fruit and vegetable consumption, hygiene behavior, active citizenship, and participation. The uniqueness of her approach lies in drawing attention to the holistic interplay of psychological factors between behaviors such as wellbeing, compensation, and transfer. Her research in various parts of the world has promoted intercultural understanding and mutual support.

Furthermore, Prof. Lippke is an active member of the IAAP, and her work there is remarkably interdisciplinary. She has served as President of the IAAP’s Division 8, where she was a principal figure in the dissemination of cutting-edge knowledge in applied psychology. With her engagement in instruction and training, her leadership inspires students and academicians worldwide.
​​​​​​​Prof. Yiqun Gan
School of Psychological and Cognitive Sciences Peking University, China